As highlighted by several reports, a gradual decline is being noted in the popularity and usage of ColdFusion. Despite being updated by Adobe on a regular basis, ColdFusion is less popular than PHP, Java, ASP.NET, Ruby on Rails, Python and Perl. Adobe has launched ColdFusion 11 with a number of advanced features to help programmers to build and deploy both web applications and mobile apps rapidly. It further allows developers to use the enterprise, developer, standard, or express version of ColdFusion 11 according to their needs and budget. However, there are number of factors that affect the popularity and market share of the commercial rapid web application development framework.

7 Factors Affecting the Popularity and Market Share of ColdFusion

1. Performance of CFScript
ColdFusion enables programmers to reduce coding time drastically by writing most of the code in CFScript. CFScript is designed as an extension of the ColdFusion Markup Language (CFML) for the ColdFusion platform. But it lacks all features and functionality of CFML. So many developers complain that they can accomplish certain tasks by using CFML only. Likewise, many programmers also consider that CFScript is not high-performing like JavaScript. Many developers even prefer using JavaScript to easily accomplish the programming tasks. The features and performance of CFScript affect the global popularity of the rapid web application development framework.

3. Few Prewritten Scripts
Most open source technologies are supported by large and active communities. While using the open source web technologies, programmers can take advantage of the code snippets and prewritten scripts shared by other members of the community. Thus, it becomes easier for them to accomplish a wide variety of programming tasks and add functionality to the web application without writing fresh code. Unlike other popular web frameworks, ColdFusion is not used widely by programmers across the world. Also, it is used only for developing a lower number of applications. So the programmers have to write code from the scratch. The lack of prewritten scripts further increases the coding time significantly.

4. Does not Support Code Organizations
Most organizations nowadays have to maintain and update websites by deploying new developers. So the developers must read and understand the existing code base accurately to easily make changes. When a web application development framework supports, the model-view-controller (MVC) programming pattern, it becomes easier for developers to keep the business logic separate from user interface. The separation further results in readable and easy-to-maintain code. But ColdFusion currently does not support MVC programming pattern. The programmers still have option to use specific MVC frameworks for ColdFusion. The lack of built-in MVC framework affects the overall quality and readability of the code generated through the rapid web application development framework.

5. Does not have a Package Manager
Unlike other modern web framework, ColdFusion does not have a built-in package manager. So the users do not have option to use software tools to automate the software installation, configuration, update and removal. They have to perform all these tasks manually. In addition to being error-prone, the manual processes also require additional time. Many developers even use third-party command line and package manager to effectuate and speedup code installation. So many users want Adobe to redesign the web application development framework by including a package manager.

6. Commercial Web Application Development Framework
Adobe has been updating ColdFusion regularly to meet the most recent trends in web application development. The latest version of the framework enables programmers to create both web and mobile applications. But ColdFusion is a commercial and licensed web development framework. So programmers have to pay additional fees to take advantages of the advanced features of ColdFusion. The price of each ColdFusion edition also varies. For instance, the enterprise edition of ColdFusion 11 is more expensive than the professional version. That is why; many programmers opt for open source web development frameworks like Ruby on Rails and ASP.NET to reduce websites and web applications rapidly while reducing the project overheads.

7. Unavailability of Skilled Developers
While switching from ColdFusion to other web technologies, many companies cite the reason as unavailability of skilled programmers. Often beginners prefer learning web technologies that are hugely popular and widely used. Likewise, existing web developers prefer using web application development frameworks written in programming languages they are familiar with. The businesses still have option to outsource ColdFusion development to a number of reputable IT companies. But many organizations avoid ColdFusion as they feel that the lack of adequate skilled programmers will affect the web application’s maintenance and updates.

However, the programmers can still use ColdFusion 11 to avail a number of useful features like generate high quality PDF files from HTML, secure the PDF files using electronic signature, rapidly deliver mobile apps for iOS and Android platforms, and easily inspect the look and feel of both web applications and mobile apps across multiple devices. So the developers must compare ColdFusion 11 with other popular web application development framework, and choose the technology that complements all needs of the project.

Next post HTML5 for Game Development: Is It Good Enough? 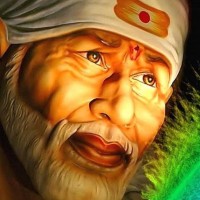 About the Author Satya

Satya works as a part time ColdFusion developer at Mindfire Solutions. Satya is a proponent of clean energy and has been working on various clean energy initiatives since a long time. He has set up a Bio-gas plant and He is working on building a small solar power plant at his paternal village and devotes most of his time on those activities. He shuns social media and prefers to stay away from the virtual worlds of Facebook and Twitter. He manages to dedicate some time on blogging about technology and religion.