HTML5 for Game Development: Is It Good Enough?

As the upgraded version of HyperText Markup Language (HTML), HTML5 is used widely by developer for building a variety of games and mobile apps that deliver same user experience across many devices and platforms. HTML5 is designed with features to help programmers to replace script with markup, and make websites functional without using any third-party plug-ins. So the technology makes it easier for programmers to create cross-platform games and mobile apps within a shorter span of time.

A number of surveys have indicated that HTML5 has already become synonymous with web browser-based game development. Unlike Adobe Flash, HTML5 makes games run smoothly without relying on any third-party plug-ins. The games can take advantage of the features of modern web browsers to deliver faster and richer user experience. At the same time, the developers can easily make the games available for a wide variety of devices and platforms. They can further take advantage of various features of HTML5 tech to develop mo entertaining and engaging games without putting any extra time and effort.

As an open technology, HTML5 can be used by enterprises without paying any licensing fees. The programmers can further write games without using any licensed tool. They can simply use a text editor to write HTML5 code efficiently. Also, they can use a single code base to create games that run on any device that supports HTML5. Thus, the technology makes it easier for businesses to curtail game development cost and time significantly.

At present, HTML5 is supported by most of the popular web browsers including Internet Explorer, Chrome, Firefox, Safari and Opera. The programmers can further use HTML5 doctype to make the games run on older versions of web browsers. So each user can access and play HTML5 games regardless of his choice of operating system and web browsers. It also becomes easier for developers to use the same code base to create apps that run on multiple platforms and devices.

No Installation and Plug-ins

The HTML5 games run directly on user’s web browser. Unlike Flash games, the HTML5 based games can be accessed by users without using any additional plug-in. Also, they are not required to install the games on the devices like native mobile games. Thus, the users can play the games from a variety of devices. They can even access the games simply through a web browser supporting HTML5.

The developers can further simplify game development using the <canvas> tag provided by HTML5. The tag enables them to create a variety of graphics on the fly. But it lacks built-in capability to generate the graphics on its own. The users can simply write JavaScript code to draw the custom graphics. The <canvas> tag, however, provides several methods for adding images, and drawing text, boxes, circles and path. At present, major web browsers are supporting the <canvas> tag. Thus, it becomes easier for developers to boost the game’s aesthetic appeal by creating and using custom graphics.

While creating HTML5 games, the developers can take advantage of WebGL to create interactive 3D graphics rapidly. The users can further access the 3D graphics on web browsers without using any plug-ins. WebGL is currently not a part of the official HTML5 specification. But it is being supported by most the popular web and mobile browsers. WebGL is also designed with features to work with web browsers and optimize web delivery. The effectiveness of the technology can also be determined from the fact that it is currently being used by developers at Apple, Google and Blackberry.

Nowadays, enterprises have to update their web-based games frequently to attract new players and engage existing players. So the developers have to update and modify the games within a shorter amount of time. As HTML5 games are not installed on users’ devices, it becomes easier for programmers to incorporate the required changes. They can simply make changes to the code, and make the updated version of the game available to player instantaneously. The web-based games can be further updated without being resubmitted to various app stores.

While planning a web-based game, enterprises have to explore ways to get higher returns. As HTML5 is open source, it becomes easier for businesses to curtail project overheads. Also, they can market and sell the game through various channels without sharing a part of the revenue. At the same time, HTML5 games enable them to earn more revenue by displaying ads in a number of ways. They have option to display the ads according to the feedback of users or advertisers. At the same time, they can also display the ads within or around the game.

As the mobile games are installed on users’ devices, it becomes difficult for makers to control their lifecycle. But HTML5 games run directly on the web browser, without being installed on the user’s device. So the makers can exercise full control on their lifecycle. Based on its strategy, a business can make the web-based game disappear instantaneously. Likewise, it also has option to take the game offline for a specific period of time.

HTML5 specification is estimated to be implemented fully only by 2022. But the technology has already started the decline of plug-in based games. As it is currently being supported by major web browsers, it becomes easier for developers to make games by targeting a larger user base. At the same time, HTML5 comes with features to reduce the amount of time, effort and money required for modern browser-based games. 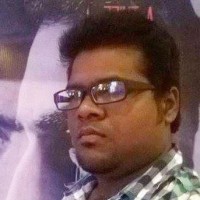 About the Author Pankaj

Pankaj Murthy is an user experience designer for both web and mobile platforms. Having over 4 years of experience in designing UX in HTML5 under his belt, he frequently writes articles on topics of modern design trends and social media. He currently works as User Experience designer at Mindfire Solutions. You can follow his tweets @MurthyPankaj.
Twitter Facebook Google